For the previous five posts, we’ve been delving pretty heavily into plot and characters and all that jazz. But it’s Friday, and maybe it’s time to talk about other aspects of doing the NaNo that aren’t so intense but which are still a regular part of the whole experience. You know, things like having people to chat with about your woes and triumphs and also some ideas about keeping track of word count.

YOU CAN COUNT ON ME 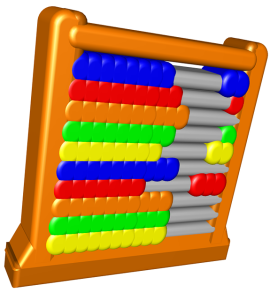 Ah yes, the word count. I don’t know about you, but when it comes to the Nano, I can get pretty obsessed with how many words I’ve actually written on a given day. Not to mention at a given hour on that given day. Or maybe even a given ten minutes. Yes, indeedy, it can get that bad at times, especially on a day when I’m less inspired than usual and cannot believe that I’ve only managed another thirty-five words in the past twenty minutes. But I want to know my word count at any time, even when I’m so inspired that I’ve probably written 2000 words in just two hours.

Oh sure, I want to write an actually good story as much as the next person, especially if it’s about characters I like and am interested in. But I’m not above inserting a few extra words and phrases here and there, just to push myself closer to that magic daily word number of 1,667. And I really want to know how close I’m getting, when I’ve passed the half-way point, whether I’m over the day’s anticipated total, and all sorts of things like that. I am always curious, and I’m always checking.

I swear, I could be a baseball statistician. And I should add a cautionary note right here: there are waaaay simpler ways to do this than my standard way. I’m just showing you my own way of calculating so you can see the odd lengths people will go to, to keep up with their word count at any hour of the day.

In past years (though this year is slightly different), I had what you might call A System. (Which, as you will see, I am probably the only person on the planet who understands.) Each chapter of my story was a separate file, and as soon as I finished a chapter and began a new one, there was a certain list of headings I inserted at the top of the first page, to help me keep track of all sorts of totals as the day progressed. This set of details is at the top of every chapter of every story I have written for the NaNo for the past ten years. Have a look at the headings for chapter 9 of the NaNo I did in 2011, as they stood just before I opened a file for chapter 10:

It’s really bizarre, isn’t it? (And a couple of numbers don’t quite tally [I can hear you now: “How can you tell?”], primarily because I was in the midst of switching to a new chapter, so some totals were left from the previous calculation while the newer, more accurate totals were carried to the headings in the new chapter.) But at any time of day, I could highlight the whole chapter with my mouse, take the word count, stick it into the first slot, and then use my calculator to figure out pretty quickly how many words I had done that day, how many I had left to do (or how many I was ahead of the day’s 1,667-word goal), and how my total word count for all chapters, thus far, related to the total number of words I should have reached by that day. Some days, during past NaNos, I have done that calculation at least once an hour and frequently two or three times that often.

You will not be surprised to hear that every year, on the first day, I actually had to stop and figure out what everything meant all over again. All those explanatory words in parentheses weren’t there the first year; they are the result of forgetting the meanings of the different calculations between years.

This has been my own traditional word-count method for a decade. Do not do it this way. Nobody’s mind works like mine, and you can undoubtedly find far easier methods by which to keep track.

First, from what I understand, the official National Novel Writing Month site itself now allows you to upload your entire document when you want to, during the month, and then the site tells you how many words are in it. If that’s the case (and I haven’t checked, because, you know, I Have A System, winky winky), you can just sit back and let someone else tell you your word count. In fact, that might even be advisable, because different programs count words in different ways, and sometimes your count in Word will not quite match the count you’ll get at the NaNo site. And if there’s any discrepancy, the NaNo site’s count is the one that matters, because that’s where you’ll get your count validation and get your “Winner!” banners on November 30. 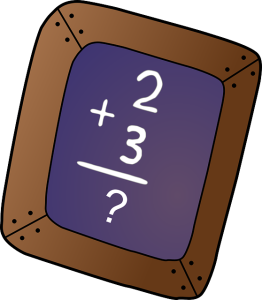 But if you like to check the word count constantly, like me, it will be a tremendous pain to upload the entire wretched document over and over again. What fun is that?

So the very easiest way is just to type your entire manuscript into one file. Don’t make a separate file for each chapter, the way I do. Just hit “Return” three or four times at the end of each chapter, type a new chapter number or heading, and start in. If you are as word-count-obsessed as me, all it will take is a glance down at Word’s total at the bottom of the screen, and you’ll know instantly.

See why I ended up with such a complicated system?? I want to know all those things! So it’s a trade-off between a bizarrely complicated system that lets you make like a baseball statistician and a simple system that doesn’t let you analyze things in fine detail but at least gives you one simple grand total.

This is another thing that isn’t always talked about a lot. Of course many people are loners, and they are just fine working on their NaNo by themselves. They don’t even go to the official NaNo site to enter daily statistics; nor do they go there to validate their word counts at month’s end. It’s enough for them just to know they’ve accomplished this amazing thing, and they don’t need the “Winner!” avatars or certificate or banner at the end. 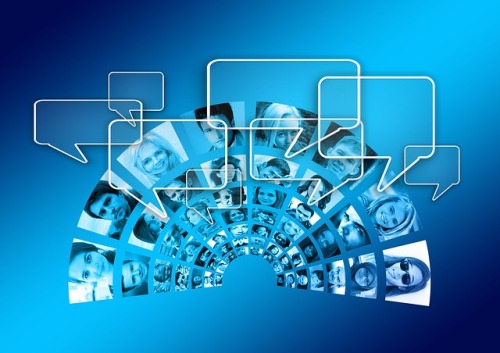 But it’s still something to consider, whether or not you’d like to find a community and get involved with them while you’re doing the NaNo. It can sometimes be a real help, having others to talk to about this project.

You might get really stuck on a plot point. You’ve painted your characters into a corner, which you thought you wouldn’t have any trouble getting them out of, and suddenly you realize that you have no idea how they’re going to escape. You might end up wasting several hours of precious writing time trying to devise a way, any way whatsoever, of getting your characters or plot unstuck—

Or! You might go to one of the forums on the NaNo site, or somewhere else (Facebook, LiveJournal, other discussion forums you’re familiar with) where you know NaNo writers are congregating, and post a summary of your dilemma. Your tired brain might have run out of energy to think this through, or you might have gone over the same ideas again and again without being able to devise new ideas—but others think differently from you. Someone might suggest a solution that you wouldn’t have dreamed of in a million years, yet it’s something that solves every problem with this particular plot issue.

Or you have met a new character whose family really should have some kind of Teutonic name and be involved in some kind of ancient craft, and you’re not sure where to go to research the time period or the names. This could end up being another big time-waster if you have to go hunting through Google or Bing. But you ask in the forum, and someone who is there happens to have taken a university course on just this subject a couple of years ago, and she fills you in on what you need to know. Problem solved!

Even if you’re trying to keep your plot fairly simple and have tried to avoid the need for a lot of historical research, you can still run into the occasional problem that has the potential to make you waste a lot of time researching that you could have spent writing. But if you are part of a community, you’ve got at least a chance of cutting that time short, if someone else can provide an answer for you.

There are also the inevitable times when you are just too discouraged to go on. You’re two days behind in your word count, and you’re not sure you’re ever going to catch up. So why bother even going on?

You can get a lot of encouragement from hanging around others who are doing the NaNo. You might see someone post a big, rejoicing post about having overcome a major plot difficulty, and it gives you inspiration. Or you may just need someone there to agree with you: “I’m really tired. This is a way bigger thing than I expected. I don’t know if I should keep writing tonight or should just go to bed and sleep and try to write with more energy tomorrow.”

Sometimes, you just need the hairpats. You might even see people who have had to drop out of the NaNo for some reason (for example, family obligations have just gotten in the way, so they have no time), but they’re still posting in the forum when they can, cheering you and the others on. That can give you a real lift. Sometimes you might even be inspired to go on in their names as well as your own; if they can’t finish this year, well, at least you can.

And sometimes it’s just plain fun to share the experience with someone. You can compare notes on how far you’ve gotten, share ideas for upping the word count, and roll your eyes or share in a group bitch session about some of the tribulations you’re all going through. And of course there will be the inevitable discussion of coffee. 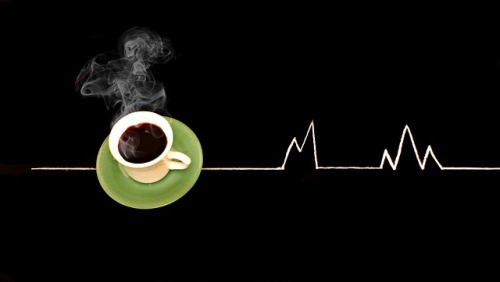 Remember that there are forums already set up at the official NaNo site whose whole purpose is to give you this sort of support and feedback. If you start running into difficulties or start feeling kind of alone, think about joining in. Everybody there will know exactly how you’re feeling.

If possible, don’t get so immersed in the actual writing that you don’t let yourself enjoy the full experience. My word count “system” has become just as much of a tradition for me as the writing. And I look forward every year to reviving the NaNo thread in the discussion forum I hang out in, and sharing this experience with some veterans and some occasional newbies. That’s a part of NaNoWriMo too.