And here we are, either three quarters of the way through, if we are thinking in terms of a four-week writing schedule, or else into the final third of the NaNo, counting today and the next nine days. Either way, if you are trying to do anything resembling the pacing that we spoke about in an early post this month, there are certain things you should have achieved by the end of week three. Let’s do another checkup, shall we?

HAVE THERE BEEN COMPLICATIONS?

Well, there had better have been complications! Because according to our four-week pacing of the story, this was supposed to be the week where things just went to hell in a handbasket. The problem that your characters had clarified and were starting to work through in the second week was really supposed to boil up this week. Your characters might even have thought they had a workable solution last week, but you know how these things go. Nothing ever goes that well in a story, even a novella, and no characters ever just go, “Hey, I’ve figured it all out!” and then start working and everything goes right. What kind of boring story would that be?

Perhaps their ideas for a solution were going along fine and then, pow! Those solutions were suddenly revealed to be dead wrong. Or maybe the solutions were even working well—they were finding the clues—he or she seemed to be making a little headway with the love interest—witnesses had seen the kidnapped heir to the throne being taken thataway, and a troupe of valiant knights on magnificent chargers had just begun galloping down the road, hot on the kidnappers’ trail and very hot in all that metal armor—and then, as I say, POW! It all went horribly wrong.

This week, those clues your characters were finding started pointing to the wrong solution. Or they had learned at the end of last week that their first solution was wrong, and this week they were delving even deeper to find and enact the right one. They might wonder why they had been so wrong—was somebody actively working against them? Was there a traitor in their midst? Was that the subplot, discovering a traitor whom they had thought was a friend? Or is the subplot actually one of the complications facing their solution to the main problem? If they solve the problem one way, it could cause damage to someone completely innocent and uninvolved. How can they resolve this? 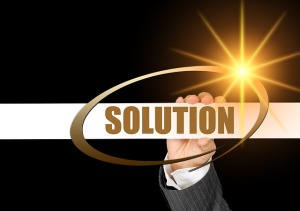 Perhaps the love interest’s husband turned up, not dead after all, and your main character has spent this past week working at trying to forget the love interest—yet has discovered things about the husband that may change everything. Should your character speak? Will it cause more harm than good? And what about all those knights riding along? Were they ambushed? Did they get diverted, and have some of them been lost to the company? Were there a couple of knights who had to find a way to get to the enemy castle and infiltrate it, trying still to rescue the heir? Can the heir take care of himself or herself, thank you very much, having managed to escape already? Or was the heir in on the whole plan from the beginning, and this treachery has finally been revealed?

If you have been planning to introduce any major plot twists, this was probably the week to do it. You don’t have a lot of time to veer your plot off into an entirely new direction unless you are sure that you’ll have quite a bit of time to write during the upcoming week. This may be quite possible for NaNo writers who are not living in the United States. But for Americans, from at least Thursday onward, finding time to do a lot of writing and introduce (and manage and complete!) a whole new plot direction could be iffy, to say the least. If they are involved with a lot of family activity for what amounts to a four-day weekend, they’ll suddenly find themselves facing just one single day, the Monday after that weekend, to finish everything.

You Americans will probably want your plot twist, if any, to be pretty mild. And your characters will need, by now, to be pretty close to the end game, to the solutions they’ve been working toward.

If you are writing a nonfiction NaNo, and you’re doing something that still involves keeping up with the word count (rather than doing one of the things we discussed recently, like creating a graphic novel or writing poetry), you also need to be getting close to winding things down. You don’t have to be writing your concluding section tomorrow, or anything, but you should now be able to see the conclusion in the distance.

If you followed the basic pattern of discussing your topic under three main points, today should roughly have been when you started on the third section. Now that you’ve covered the history of cats and the care and feeding of cats, you can really get into the quirks and idiosyncrasies of cats. Oh, the anecdotes! Or perhaps you’ve covered elliptical and spiral galaxies, and it’s time to get going on irregular galaxies. These will take some work, because, well, they’re irregular, so there’s more variation with them than there is with the elliptical and spiral types. And all that dust! So you’ve got a lot to work on.

But of course, if you are, again, an American who will be spending time with family (and maybe shopping or watching football) during the upcoming Thanksgiving long weekend, you had better be making a lot of immediate progress—now—getting down that information about irregular galaxies or cats’ quirks or whatever your third subtopic is under your main topic. On that last Monday, the day after that long weekend, you have to be finishing your conclusion and telling your readers what it’s all for and why it’s important or significant. And you need to do it early enough so you have time to upload and validate your finished project to the NaNo site, so you can get all your “Winner” badges and goodies.

You also will need to take thought for your word count if you want to keep on pace and finish on time. For the first couple of weeks of the NaNo, it’s easy to say, “I’m a bit behind, but I’ll catch up later.” Do that too often, though, and you find yourself behind by five or ten thousand words with eight days to go.

But you do not necessarily need to despair about catching up yet. If you can manage it, try to set aside an hour, two or three times in the next week, where you just bash stuff out as quickly as you can manage, to build up the word count. Remember that you can edit later, if you realize that you’re not writing the very best prose. And it’s not “cheating” to keep on writing and reminding yourself of that. Remember that every writer who ever writes a novel has to edit their stuff later. And edit again. And edit again. You’re just adding a few more words than they would normally have, to edit and work on later. So don’t be shy—just get your ideas down.

You can add words in other ways as well. Perhaps take another hour at some point soon just to read through what you’ve already written. Don’t edit, unless something occurs to you that you can do fairly quickly. Editing often results in a paring-down of words, but the purpose of this read-through is to discover what you might be able to add to what’s already written. Remember the advice we started with: don’t use one word when four will do. If you see someone saying, “That’s how things stand now,” change it to “That’s how things stand at the present time.” Or better still, “Given all the facts, that’s how we see things standing at the present time.” Instead of five words, you’ve now got fourteen. Woo!

The word additions don’t have to be that blatant, of course. You may realize that for your character to have had that particular response to someone’s comment, she probably should have just seen a specific event or person before entering the room or the building and hearing that comment. So you can add a sentence to that effect. Or you might see a really simple description that you can enrich, not even trying to build up words but trying to build up a more vivid scene. Rather than, “The sun slowly rose,” you might decide you should say, “The deep fuchsia band of color along the horizon brightened slowly to become a brilliant pink, then a pale rose, and then a rich gold, until finally the sun itself inched up into sight, burning away all the colors in a blaze of light.” You’ve added forty words there, and you haven’t even “officially” started your NaNo writing for the day.

And of course, don’t forget the exercise of writing with the five senses. This time, though, that does not mean that you spend several hours going over and over what’s already been written, concentrating on writing descriptions relating to a different sense with each pass. You can do that thorough job later. But as you’re rereading—either reading the entire manuscript or just reading over what you wrote the day before (that’s my usual practice)—if you see a short descriptive passage where you think, “I could add something related to taste into that part,” do it. Don’t take a lot of time, but make the additions. Even just by rereading the previous day’s work, to recall where you were when you left off yesterday, you can easily add one hundred words with these small additions. That only leaves 1,567 words to get through when you get to the day’s writing. Every little bit helps. 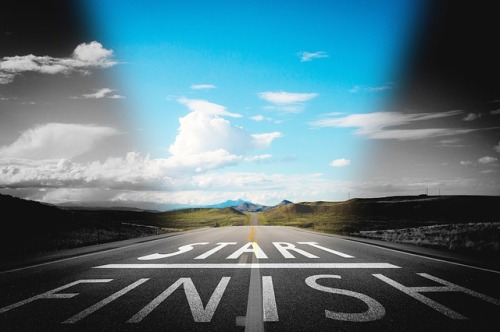 So that’s your third-week checkup. Make tomorrow and the first few days of this coming week count in a big way. The end is in sight! Here’s hoping you can make this final blitz and finish the NaNo in a fifty thousand-word blaze of glory!