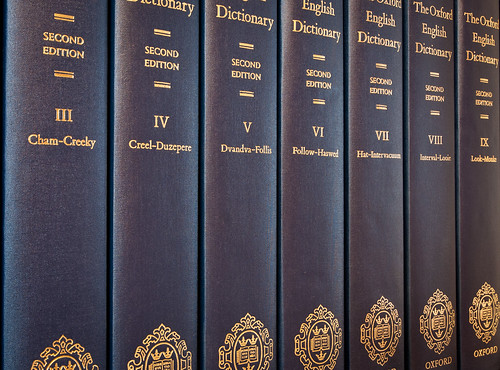 I’ve often had the experience of picking up someone’s writing, and as I read a conversation between a couple of their characters I ended up thinking, “No real human being would ever talk like this.” And usually that meant that I had a hard time enjoying the book, if I finished it at all. For some writers, dialogue is hard to handle; in fact, many writers are strong in either narrative or dialogue, but not always in both.

The most important thing to do with dialogue is to make your characters talk like real people. That doesn’t mean you stick in every “um” or “like” that a speaker would inject into their conversation in real life, but they do need to talk the way their character would talk if you ran into them on the street. If dialogue doesn’t come naturally to you, you need to ask yourself one question with every word you put into a character’s mouth: “Would a real person be caught dead saying this?” If not, then imagine a real person saying it – imagine yourself saying it in your normal way – and write it that way.

That covers you or people who talk like you, but what about different types of characters? Say you’re writing a frontier western, and want to get across the “cowboy” feel. Or you’re penning a fantasy, and think that it will sound more authentic if people talk in more flowery or archaic language. It’s clear that you’d never run into anyone who talks like that in real life, but surely that doesn’t matter so much when you’re writing these types of novels?

In fact, it just might. If you make the speech overly “authentic” in those scenarios, you run the risk that your readers will spend far too much time wrestling to read the dialogue itself, instead of following the actual story. If “getting” the dialogue becomes the point of their reading, instead of the plot itself being the point, you’ve lost them. You want your readers to flow right along with the story and not even be conscious of the mechanism that’s drawing them along.

So does that mean your characters have to talk like twenty-first century people? How can a fantasy novel about a noble courtier sound remotely authentic that way, not to mention plausible? Do you have to abandon all attempts to make your characters sound like they really come from the place and time you’ve set them in?

Absolutely not. There’s a fine line to walk, but you can indeed create your setting and make it sound authentic, by putting in just enough “archaic” or situation-based words to suggest it to your readers. But remember that words on the page make more of an impact on the reader’s consciousness than spoken words, especially if they’re spelled differently than the reader is used to. A word with an altered spelling or pronunciation will leap off the page and take on significance. These words become things that entangle the reader, preventing them from moving quickly through the page.

A real person might use five obscenities in a sentence, but if you repeated all of them in written dialogue, they would come across much too powerfully. Two, or even better, just one would have as much impact on the reader. So pare down the archaisms or the “y’alls” or the “yo’s” and use them judiciously, every now and then when they seem natural. Sprinkle them lightly here and there, and the reader’s imagination will absorb them and visualize the context you’re trying to create. Flood the conversations with dialogue that feels too unusual to them, and their eyes will “catch” on each word and have to puzzle it out before they can move on.